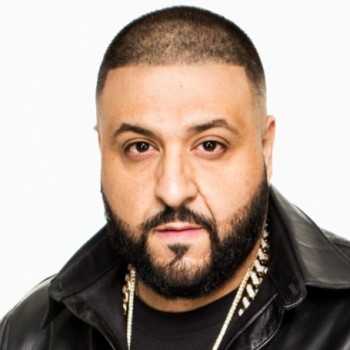 Facts of DJ Khaled Net Worth

Who Is DJ Khaled?

Know Net Worth Of DJ Khaled

In 2009, Khaled became the President of the Def Jam South Record Label & is also the founder of We The Best Music Group, holds the C.E.O position. DJ Khaled income from 2005 to 2011 was recorded to be around $12 Million dollars, but due to his financial difficulty, his net worth in 2013 was listed as $3 Million dollars. As of 2017, he has the estimated net worth of $20 Million dollars.

Initially, DJ Khaled came to popularity in 2006, when his album," Listennn... the Album" hit no.12 on the Billboard Chart. He started disc jockey gigs in the 1990s, after which he got involved radio show, "The Luke Show". While continuing his radio show, Khaled started making connections in Music Industry. In 2007, he released his second album "We the Best", featuring Big Stars like Lil Wayne, Birdman, T-Pain, Akon & Others. The albums two songs "We Takin Over" (featuring Akon, T.I., Rick Ross, Fat Joe, Birdman & Lil Wayne) & "I'm So Hood" (featuring T-Pain, Rick Ross, Trick Daddy & Piles) peaked at number 28 & 19 respectively, on the US Billboard Chart & Are Platinum rated songs. After working with such well-known artists, The Album made DJ Khaled well know personality in worldwide. He went on to release many successful albums, including We Global (2008), Victory (2010), We The Best Forever (2011), Kiss the Ring (2012), Suffering from Success (2013), I Changed A Lot (2015), Major Key (2016), Grateful (2017). Total of 26 Singles including 9 Featured Singles.
In US Weekly Magazine, DJ Khaled once told his favorite animal is Lion, He considers it as the mighty king of the jungle, According to him,"The lion is the King of the Jungle", He uses phrase "Lion Order" most of the time, he said he borrowed it from Legendary Bob Marley's son, Rohan Marley. It's not unknown what that phrase means.
DJ Khaled is the well know personality in social media & has a huge number of fan followings in his Snapchat account, refer him as the King of Snapchat.

Khaled belongs from the Palestinian family, who later immigrated to the United States Of America, where he was born in New Orleans, Lousiana, on November 26, 1975. His parents were the musician, they played Arabic music. Khaled describes himself as the dedicated Muslim. Since he had a Musical Background, it no surprise seeing him getting involved, but his little Khaled seems interested in some different genre of music, At his very early age, he got interested in rap music & soul music. His parents have supported DJ Khaled throughout his early life, he later works in a local record store, which helped him to start his musical career. From the very beginning of his career, he was involved with lots of well known young artist including Birdman, Lil Wayne & Mavado. At his first job in New Orleans record store, he met Lil Wayne & Birdman back in 1993.

DJ Khaled went on to spend over $9.9 Million dollars to purchase his a luxurious mansion from British Superstar Robbie Williams. The property is spread over 10,681 square feet area including 7 oversized bedrooms, 11 bathrooms, large backyard, a pool, spa, outdoor kitchen, two terrace patios, a sprawling lawn, living area & endless entertaining area. The mansion is located in Beverly Hills, California. Besides that, he owns his Sunny Isles Beach, Florida House which is worth over $6 Million dollars.
He owns a car manufactured by Rolls Royce for $70,000.

DJ Khaled recently published his book name, The Keys, which contains his real-life stories, his perspective on his success & contribution in the music field.

In his personal life, Khaled is married to Nicole Tuck, the couples are blessed with a baby boy, Asahd, born on October 23, 2016.