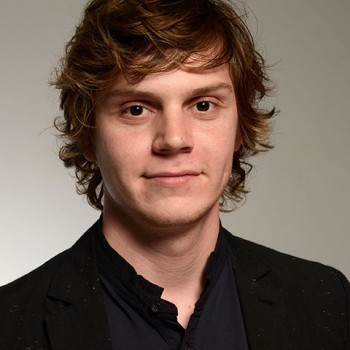 Facts of Evan Peters’ net worth

Evan Thomas Peters is an American movie and TV actor with with an estimated net worth of $3 million. The young and fine-looking actor is best remembered for his magnificent performance in Clipping Adam and ABC science fiction TV series Invasion. Born and raised in St. Louis, Missouri, he is the son of Julie and Phil Peters.

After struggling for a while, Evan got his first break as Adam Sheppard in the 2004 movie Clipping Adam. Winning the award of Best Breakthrough Performance at the Phoenix Fil Festival, he was seen in numerous commercials including Sony PlayStation, Progressive Insurance, Moviefone, Sour Patch Kids and more. An American Crime, Gardens of the Night, Never Back Down, One Tree Hill, The Mentalist, House, Monk, The Office, In Plain Sight and Parenthood are his early works and success.

Peter came as big with American Horror Story and portrait numerous of character so far. In first season, he was seen as teenage murderer Tate Langdon while he starred as Kit Walker in the second seasons. He was critically acclaimed with the role of Kyle Spencer in Season 3, while he acted as Jimmy Darling who is a circus performer with deformed hands in season 4. Accounting his further success, he has been lucky at the present days. Adult World, X-Men: Days of Future Past, X-Men: Apocalypse, The Lazarus Effect, Safelight and Elvis & Nixon are some of his recent work history which gave him name, fame and good amount of net worth.

Evan being one of the sexiest man alive has been in very few relationship in his life. Though, he might have engaged in several relationship however, the only relationship known to us is with Emma Roberts. The co-worker of the movie “Adult World” 2012, the pair got connected in a very close way. And at the end they end up showing their love and affection with each other. However, the young birds couldn’t take their relationship to the end and ended their affairs with lots of disputes. Currently, the 29 year old actor is busy in nourishing his career and has been pretty far away from dating things.