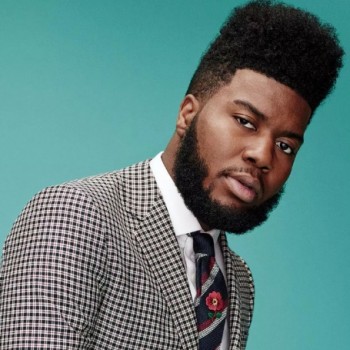 A young American singer-songwriter, Khalid has the net worth estimated to be around $6 million. He received a Grammy nomination in 2018.

Only three years in the music industry and Khalid has been able to collect a fortune of $6 million. He has currently signed to Right Hand Music Group and RCA Records.

He has not revealed his salary and earnings details yet, however, he has won several awards and nominations throughout his short career. Also, his debut single, Location released in 2016 peaked at no. 16 on the US Billboard Hot 100 Chart.

Khalid started writing and creating music while at a high school and he used to post his work on SoundCloud. His single, Location was featured on Billboard, Yahoo, Buzzfeed, and Rolling Stone.

In 2016, Khalid was featured on Alina Baraz's single, Electric. He has released singles including Young Dumb & Broke, Lovely ft. Billie Eilish, OTW with Ty Dolla Sign and 6lack, Better, Eastside with Benny Blanco and Halsey, and others.

To mention, his song Angels was featured in a series, Grey's Anatomy in 2017. His another single, The Ways with rapper Swae Lee was featured in a film, Black Panther. And he along with Normani recorded a duet, Love Lies for the film, Love, Simon.

Where and when was Khalid born? Know about his childhood here:

Khalid Donnel Robinson was born on February 11, 1998, in Fort Stewart, Georgia. He spent six years in Heidelberg, Germany when he was a child.

He was born to a mother Linda Wolfe. And Khalid studied singing and musical theater while attending a high school.

Is Khalid single? Know about her relationship status here:

Khalid is probably single. He has not been open about his love-life.

However, there were rumors between Khalid and singer Normani Kordei. But they are BFFs in real life, not more than that.

This young singer has maintained his popularity over social media also. His Twitter account shows a total of 2.62M followers and he has tweeted 56K time so far.

Similarly, on Instagram, he has got around 5M followers and he has posted 1,115 times over there till the date.