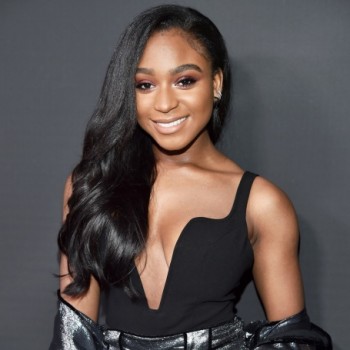 An American singer, Normani the member of the girl group, Fifth Harmony is out here today. Normani has the net worth estimated to be around $3 million. She is also a songwriter and a dancer.

As other former members of the girl group, Fifth Harmony, Normani's details about salary and earnings are unknown. However, she has earned mostly as a member of Fifth Harmony.

She has been active in the music industry since 2011 and currently working on her debut solo album. We'll be looking more on her career down here.

Know about Normani's Career Highlights: Her Steps to Fifth Harmony and Her Solo Works:

Normani also auditioned for the second season of The X Factor USA in 2012. She was also eliminated at the boot camp round, however, she was bought back to form the group, Fifth Harmony.

As we all have been familiar with Fifth Harmony's works. The group split up in 2018 to pursue solo careers.

Normani loves dancing also which led her to participate in the 24th season of Dancing with the Stars. He was partnered with a professional ballroom dancer, Valentin Chmerkovskiy. They finished third place in the competition.

She was also featured on a music video of Young Dumb & Broke by Khalid. Also as a solo artist, she signed a recording deal with S10 Entertainment in 2017.

In addition, she signed her own solo publishing deal with Stellar songs and a modeling contract with Wilhelmina. And recently in 2018, she signed with Keep Cool/RCA Records for her solo debut studio album.

In 2018, Normani released her debut single, Love Lies with Khalid. The song peaked at number 43 on the US Billboard Hot 100. She is also working with Missy Elliott on an upcoming music collaboration.

Also, she released two songs, Checklist and Slow Down with Calvin Harris from their EP titled, Normani x Calvin Harris. Her other song, Waves featuring 6lack was released in 2018.

Her next song to release is in collaboration with Sam Smith which is titled, Dancing with a Stranger. Normani is also working with a producer, Pharrell Williams on new music.

When and where was Normani born? Know about her childhood:

Normani Kordei Hamilton was born on May 31, 1996, in Atlanta, Georgia, to the parents, Derrick and Andrea Hamilton. She also has two older half-sisters.

She grew up in New Orleans and Houston, Texas. Her education information is still unknown. But she was interested in music from her childhood days.

Is Normani single? Or is she dating someone? Let's know:

This 23-year-old singer has been linked with a number of guys. But currently, she might be single focusing on her career.

Back in her days at The X Factor, Normani was dating a fellow contestant, Arin Ray. But they broke up a year later in 2013.

Then, Normani was rumored to be dating, Thomas Hansen. Thomas was Dinah Jane Hansen's cousin. But the rumors were never validated.

She also spent some romantic time with an actor, Kendrick Sampson in 2017.

Yes, this young artist is popular on social media also as her Instagram account shows a total of 3.8M followers and 105 posts till the date.

Likewise, on Twitter, she has got around 2.43M followers and she has tweeted 12.9K times so far.