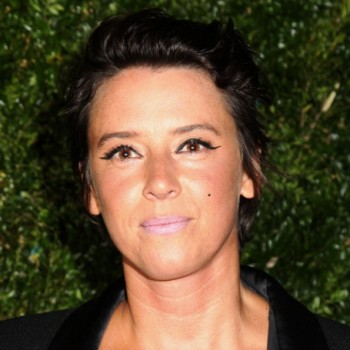 An American singer-songwriter, known by her stage name, Cat Power has a net worth estimated to be around $3 million. She is also a model and occasional actress.

Experiencing a professional career of around 27 years, Cat Power has collected a fortune of only $3 million. Without a doubt, her main source of income is music.

Besides music, her acting and modeling career has also added a little in her net worth. To mention, her album The Greatest in 2006 won the Shortlist Music Prize.

How did Marshall start her professional music career? Know about it here:

However, the band collapsed and Marshall decided to start her solo career. Then in 1994, she released her debut single, Headlights.

Marshall decided to go with the name, Cat Power and released her debut solo album, Dear Sir in 1995. Only a year later, she released her other two albums, Myra Lee and What Would the Community Think.

The same year in 1996, Cat Power released her debut EP titled Undercover. Her latest EP titled Dark End of the Street was released in 2008.

Her hit singles include Nude as the News, Have Yourself a Merry Little Christmas, Wish I Was Here with Coldplay, Woman ft. Lana Del Rey, He War, New York, and others.

Where and when was Cat Power born? Know about her education also here:

Cat Power was originally born as Charlyn Marie Marshall on January 21, 1972, in Atlanta, Georgia, to the parents, Charlie Marshall and Myra Lee Marshall. She also has an older sister.

Charlyn struggled a lot for her education as she has switch schools frequently. She attended school in places like Greensboro, Bartlett, Memphis, Georgia, and South Carolina.

What about Chan Marshall relationship status? Is she single? Know about it here:

Chan Marshall aka Cat Power has not been open about her relationship currently. She might be dating someone but she might be single too now.

But back in 2007, she was in a relationship with an actor, Giovanni Ribisi. The couple lived together for five years and broke up in 2012.

She is quite popular on social media.

Her Twitter account shows a total of 59.5K followers and she has tweeted 10.1K times till the date.

Similarly, on Instagram, she has got around 168K followers and she has posted 6,720 times over there so far.

In addition, Cat Power owns a YouTube Channel with around 10.2 million video views.