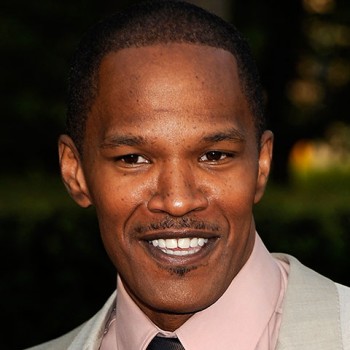 Eric Morlon Bishop, best known as Jamie Foxx is an award winning American actor, singer, song-writer and comedian with an estimated net worth of $100 million.

Jamie Foxx net worth can be categorized into generally two sector, music and movies. While he is more into Pop, R&B, Soul and Hip hop genre when it comes to music. Starting his career from the comedy club’s open mic night in 1989 and changing his name upon girlfriend’s dare, Jamie was successful enough to land in “In Living Color” by the year 1991. Later, Jamie starting his own show “The Jamie Foxx Show” which aired from 1996 to 2001, he made his debut from the 1992 comedy movie “Toys”. Giving significant hits one by one, he won Academy Award, BAFTA Award and Golden Globe Award for Best Actor in leading role and portrayal of Ray Charles in 2004 biographical film Ray. Jamie Foxx other prominent movies include Breakin’ All the Rules, Stealth, Jar Head, Miami Vice, The Kingdom, Due Date, Rio, Horrible Bosses, Django Unchained, The Amazing Spider-Man 2, Annie, Sleepless and more. Recording his musical journey, Foxx also serve himself as Grammy Award winning musician while he has produced five major albums. Peep This (1994), Unpredictable (2005), Institution (2008), Best Night of My Life (2010) and Hollywood: A Story of a Dozen Roses (2015) are his successful albums.

With lots of surprise and growth in net worth, Jamie’s recent years can be taken as productive and useful. In the starting of 2013, he was cast as President James Sawyer in White House Down along with Channing Tatum. The film made good collection in the box office, whereas he portrait the character of super villain, Electro in The Amazing Spider-Man 2. Jamie co-starred in Ouvenzhane Wallis in Annie and he is supposed to be in Steven Spielberg produced biopic Martin Luther King Jr. Accounting his music success, he released his fifth studio album Hollywood: A Story of a Dozen Roses on May 18, 2015. The album toped R&B/Hip-Hop album charts and was at no.10 on Billboard 200.

When it comes to personal life, Jamie seems to be very conscious and silent. Not having much information about his relationship status, Foxx has two daughters namely, Corinne Bishop (1994) and Annalise (2009). The eldest daughter of Foxx, debuted her career from Bal des debutantes in November 2014 and has won Miss Golden Globe 2016 in the date November 18, 2015.