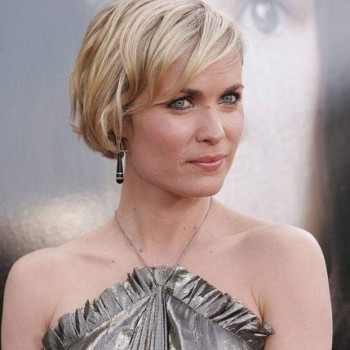 Radha Rani Amber Indigo Ananda Mitchell mostly known by her short name Radha Mitchell is an Australian actress. She starred in different leading and supporting roles in films such as High Art, Pitch Black, and many others. Radha has a total net worth of $4 million. Her main source of income is her career as an actress. Mitchell's successful career has earned her some luxurious lifestyles and some fancy car trips. She is one of the richest and most influential actresses in Australia.

Radha was born on November 12, 1973, in Melbourne, Victoria, Australia. She grew up just around the corner from the Como Centre, on Chapel Street, where her mother ran a shop. The idea for her long name came from her mother's experiences in India during the 1970s and her fascination with Indian philosophies.

She attended St Michael's Grammar School in St Kilda. Her first credited screen role was that of an eleven-year-old girl on the ABC TV children's television series Sugar and Spice. She enrolled at the Swinburne University of Technology, with the idea of becoming a psychologist. Instead, she obtained her Bachelor of Arts in literature and media studies.

Radha Mitchell played a recurring character in the sitcom All Together Now and guest-starred in Phoenix, Law of the Land, and Blue Heelers. After obtaining a ten-episode arc as a parachute instructor in Neighbours in 1994, Mitchell returned to play the regular role of Catherine O’Brien, a strong-minded and opinionated student, from 1996 to 1997. The series brought the actress wider exposure from audiences. Her film debut came in the role of a gay University of Melbourne film student in the romantic comedy Love and Other Catastrophes, which grossed US$1.6 million at the Australian box office. It was her next project, Lisa Cholodenko’s Independent Spirit Award-winning independent drama High Art, alongside Ally Sheedy, that gave Mitchell her first impression on American audiences. 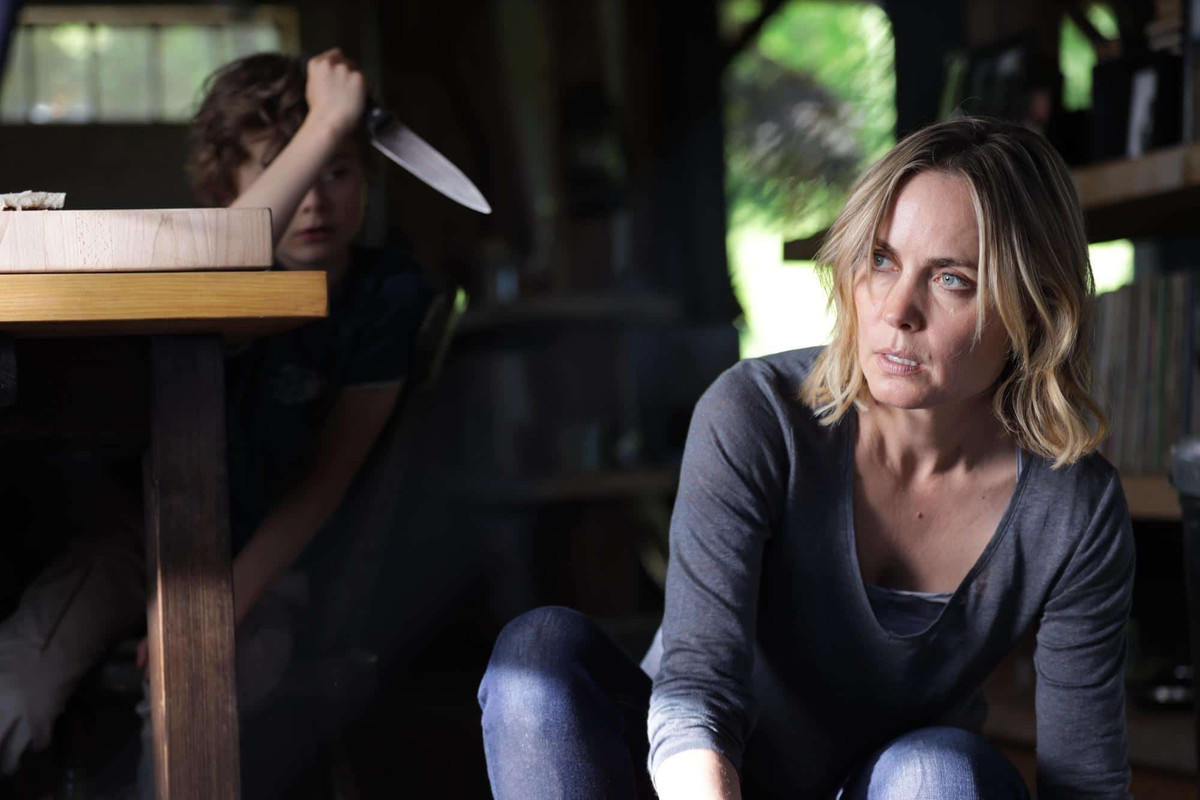 In 1999, Radha Mitchell starred in the short drama Sleeping Beauties. Radha Mitchell was cast as Carolyn Fry, a docking pilot, in the science fiction horror film Pitch Black, opposite Vin Diesel. The film was a hit, grossing over US$53 million worldwide and developing its own cult following. Mitchell also starred as an expecting mother in the psychological drama Everything Put Together in 2000, which was nominated for the Grand Jury Prize at the Sundance Film Festival, and as the love interest of a lawyer in the romantic comedy Cowboys and Angels. In 2001, Mitchell played a woman giving monologues to the camera in the drama Ten Tiny Love Stories and in the thriller When Strangers Appear. 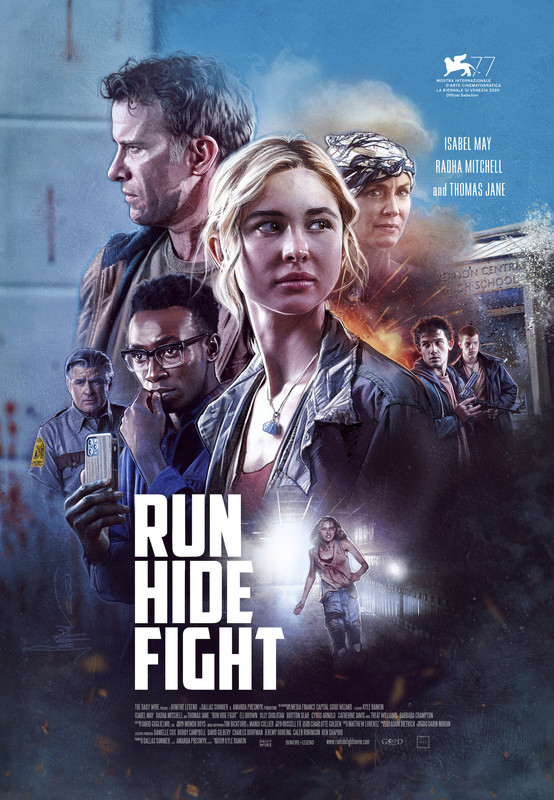 Her next film release was the crime drama Dead Heat in which she played the wife of a police officer. Joel Schumacher’s thriller Phone Booth, was a critical and commercial success, grossing US$97.8 million worldwide. She starred as the first woman to sail around the world solo in the horror film Visitors. Radha Mitchell’s three 2004 film releases Man on Fire with Denzel Washington, Finding Neverland with Johnny Depp and Kate Winslet, and Woody Allen’s Melinda and Melinda. In 2005 Mozart and the Whale, a romantic comedy-drama with Josh Hartnett. In 2006 Silent Hill, as a desperate mother who seeks a cure for her daughter Sharon’s nightmarish sleepwalking by taking her to the town of Silent Hill. In 2007, Radha Mitchell starred in Robert Benton’s romantic comedy-drama Feast of Love. In 2009, Radha Mitchell played role in the action film Thick as Thieves, as a woman kidnapped by the Russian mafia in a heist. In 2010, she also starred in Claire McCarthy’s drama The Waiting City. In 2014, a comedy written and starred by John Leguizamo, Fugly!. In 2015, She played in the drama Looking for Grace, as a mother hiring a private detective in an attempt to find her missing daughter.

She has not shared anything about her romantic relations. She previously spent a year in a relationship with Martin Henderson, an actor, and model. But there is not any information about her getting married. 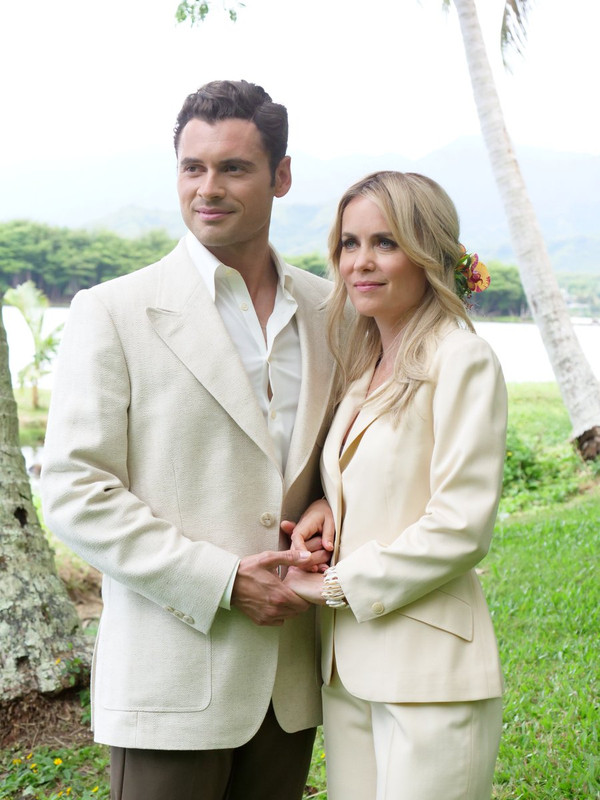 Radha is a beautiful and talented actress, with millions of fan following around the world. She has 23.7K followers on Instagram and about 11.6K followers on Twitter. On Facebook, she has 4.4K followers. She is very much loved by her followers. She is very active on her social pages. She posts about herself and the events where she goes to. And she stays connected with her fans and loved ones through this social media.