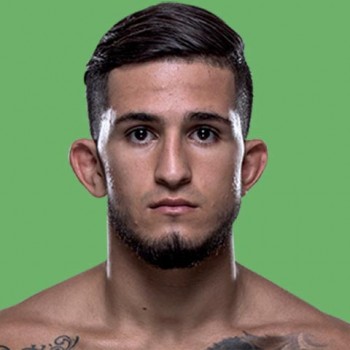 Facts of Sergio Pettis’ net worth

Before turning pro, he claims the magnificent victory against Kyle Vivian at Canadian Fighting Championship 7. He won the bouts via TKO in the first round and was undefeated in the entire journey. On January 7, 2012, Sergio took down Mike Lindquist via submission in the first round. He gains another victory against Tom McKenna at LFC 53 via submission. Before making his debut on UFC, he won several bouts. He defeated Tony Zelinski, Chris Haney, Jimmy Jones, and Josh Robinson. The big day came when he defeated Dillard Pegg via KO in the first round and claim his RFA flyweight title. The beast also won James Porter at NAFC: Battle in the Ballroom for NAFC Bantamweight Championship.

The champion made his first promotional debut against Will Campuzano and won the bout via unanimous decision. The victorious champion faced his second match against Alex Caceres at UFC on Fox 10. Pettis performed marvelously till his third round, however, Alex seems to be better. Sergio tastes his first loss via rear-naked choke submission. But the solid fight made him win his first Fight of the Night bonus.

Taking a good lesson from his last lost, he improved himself and successfully defeated Yaotzin Meza. He won the bout at UFC Fight Night: Henderson vs Khabilov via unanimous decision. The champion next faced Matt Hobar at UFC 181 on December 6, 2014. Having the habit of winning, he again gain sweet victory against Hobar. The excellent performance and tough fight also help him to win his second Fight of the Night bonus award.

The bout against Ryan Benoit was pretty unlucky for Pettis as he faced his second defeat. However, he maintained his records and defeated a number of fighters. In his later career, he defeated Chris Cariaso and Chris Kelades. Pettis next match will be held at UFC Fight Night 103 on January 15, 2017.