A multi-talented actor, comedian, screenwriter, producer, and director Seth Rogen has the net worth of around $55 million.He has featured in many films as a comedian actor and popularly known in the film industry.

The comedian-actor Seth Rogen has the net worth estimated to be $55 million.His debut film 40-Year-Old Virgin grossed over $109 million worldwide.Hs income from Knocked Up was $500,000.The film Knocked Up was made on a $30 million budget which grossed around $219 million.

In 2013, his another comedy This Is the End earned over $125 million worldwide.In 2014, his another movie, Neighbors grossed over $150 million.Following the movie sequel Neighbors:2 grossed around $55 million.In 2016, his animated comedy movie Sausage party grossed more than $97 million.His all movies have grossed millions which help to increase his net worth. 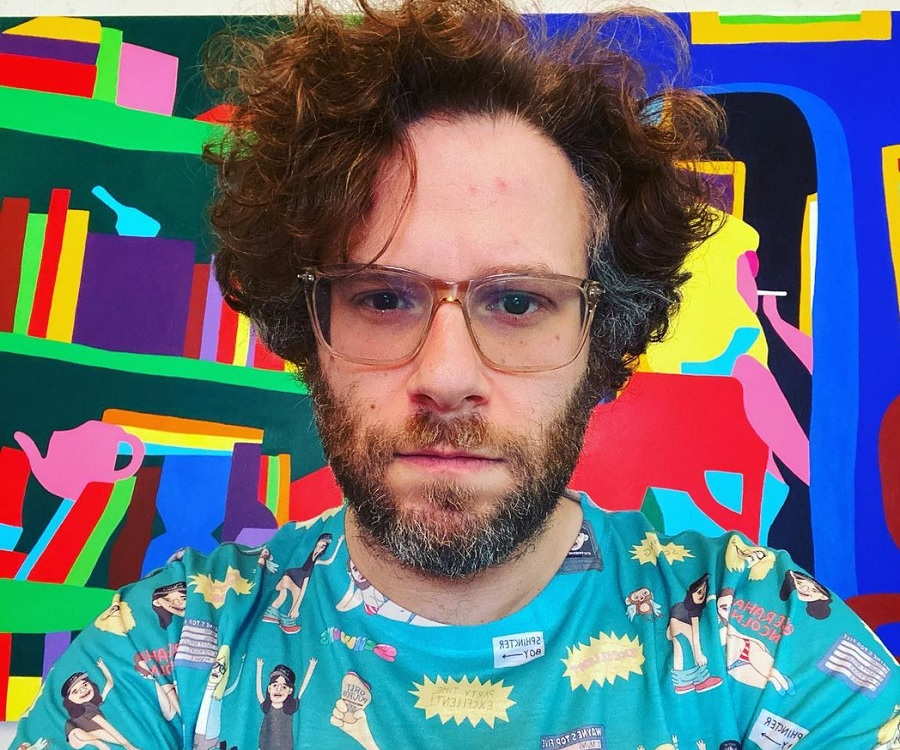 Seth Rogen's 7+ acre Hollywood Hills estate worth more than $10 million which consists of a private guest house, sports court and a large waterfall. 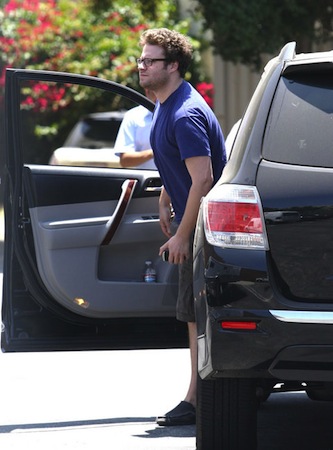 Rogen began his acting career in 1999 by appearing in Apatow's Freaks and Geeks series.Roger served as a staff writer for the production.In 2001, Roger then appeared in Donnie Darko.In 2004, he appeared in Anchorman: The Legend of Ron Burgundy.He worked as a staff writer for last season of Sacha Baron Cohen's Da Ali G Show in 2004.In 2005, Roger made his debut in the film The 40-Year-Old Virgin which was co-produced by himself.In 2006, he appeared to You, Me and Dupree with co-stars Owen Wilson and Kate Hudson.

In 2007, Rogen appeared in Apatow production Knocked Up.Later in the same year, he appeared in the movie Superbad with co-stars Jonah Hill and Michael Cera which was written by him and co-produced by Apatow.Rogen hosted Saturday Night Live on October 6, 2007, and April 4, 2009.

In 2008, Rogen voiced a character in animated movie Horton Hears a Who! and The Spiderwick Chronicles.Then he was one of the writers of Drillbit Taylor which was produced by Apatow starring Owen Wilson.Again he voiced in the movie Kung Fu Panda with Jack Black and Angelina Jolie.Then in the same year, he appeared in the comedy Step Brothers.Rogen along with Goldberg wrote comedy Pineapple Express which was produced by Apatow.Roger then in 2008 voiced and wrote with Goldberg the television series Empire.He also voiced in the animated sci-fi Monsters vs Aliens in 2009 with Reese Witherspoon.Rogen then appeared in Observe and Report, a cop comedy.Following the same year, he appeared in Apatow's Funny People with Adam Sandler. In 2011, Rogen was executive producer and main character of the movie The Green Hornet.In the same year, he voiced sci-fi comedy Paul with Simon Pegg and Nick Frost. Then he again voiced Kung Fu Panda 2.He produced and appeared as a supporting character in 50/50 in the same year.From 2011 to 2015, Rogen played in the series The League as a librarian and pornographer.In 2012, he appeared in the road movie The Guilt Trip with Barbra Streisand.

In 2013, Rogen made a directional debut collaborating Goldberg with This Is the End which featured James Franco, Jonah Hill.Rogen also appeared in the fourth season of comedy series Arrested Development in May 2013.On April 12, 2014, Rogen hosted Saturday Night Live where Ed Sheeran was performing.In the same year, Rogen starred in Neighbors with Zac Efron and The Interview with James Franco.

In 2017, alongside Evan Goldberg, Rogen directed and produced sci-fi comedy series Future Man.The same year, they both co-directed Bananas Town, a short commercial film.Rogen the voiced The Lion King in the same year which is expected to release on July 29, 2019.

In all of his career, Rogen praises Apatow and Goldberg to his success.He has mostly worked with these two personalities.

Seth Aaron Rogen was born on April 15, 1982, in Vancouver, British Columbia.He was the son of Mark Rogen and Sandy.Rogen has American Citizenship by birth but actually, he grew up in Canada.Roger's older sister name is Danya.Rogen went to Vancouver Talmud Torah Elementary School and Point Grey Secondary School.

Rogen was interested in acting from his childhood and especially in comedy.Ath the age of 12, he participated in comedy workshop.He would like to perform stand-up comedy from his early days.At the age of 13, he co-wrote Superbad as a rough draft. At the age of 16, he won Vancouver Amateur Comedy Contest.He was supported by his family.Due to family situations, Rogen got dropped out from high school and began working with Apatow from the age of 16. Rogen is a member of NORML and an open marijuana user.He is also a member of Pi Kappa Alpha at the University of Vermont.

-Comedy Star of the Year(Superbad and Knocked Up)

-Best Comedy Director(This Is the End)