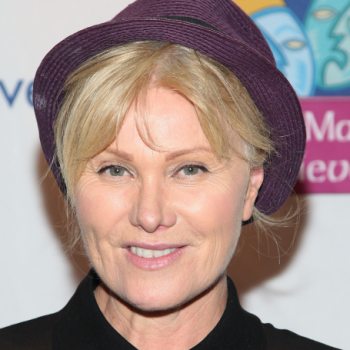 An Australian actress, Deborra-Lee Furness has the net worth estimated to be around $10 million. She is also a film producer.

More than four decades in the film industry has helped Deborra-Lee Furness to live a lavish life by enjoying the fortune of $10 million. Surely, her main source of income is film and television.

However, she has not been open about her salary and earnings details but she was named the New South Wales Australian of the Year for her work in adoption campaigning in 2014.

Moreover, she has received SIFF Award for the Best Actress in Seattle International Film Festival in 1988. The same year, she won Film Critics Circle of Australia Award for Best Actress.

Adding to her accolades, Deborra-Lee received Silver Shell for the Best Actress in San Sebastian International Fim Festival in 1991.

Deborra-Lee's first screen role came in 1975 with an episode of Division 4. Then, in 1979, she appeared in some episodes of the series, Prisoner.

Deborra-Lee debuted with the film, Crossover Dreams in 1985, however, she rose to fame when she starred in the film, Shame in 1988. The same year, she appeared in the film, Two Brothers Running and also in Celia.

Where and when was Deborra-Lee Furness born? Know about her education also:

Born on November 30, 1955, in Perth, Western Australia, Deborra-Lee Furness was born to Fay Duncan. Fay Duncan was the wife of Graham Duncan.

Deborra-Lee grew up in Melbourne and graduated from the American Academy of Dramatic Arts, New York in 1981 or 1982.

Furness is known for her work in adoption especially in Australia and also internationally. She is a patron and one of the creators of National Adoption Awareness Week in Australia.

To add, she is a patron of International Adoption Families for Queensland and also the Lighthouse Foundation for displaced children. She addressed the National Press Club of Australia on the subject of adoption laws in her native, Australia.

She is also an ambassador of World Vision and also works as a servant of the Advisory Committee for Film Aid International working with refugees around the world.

To Whom did Deborra-Lee Marry? Let's know:

Furness is married to popular Australian actor, Hugh Jackman. The couple married in 1996.

How often does Furness use social media? Let's check her accounts:

Deborra-Lee Furness rarely use social media. And she is seen active on Twitter mostly.

Her Twitter account shows a total of 45.5K followers and she has tweeted only 632 times till the date.