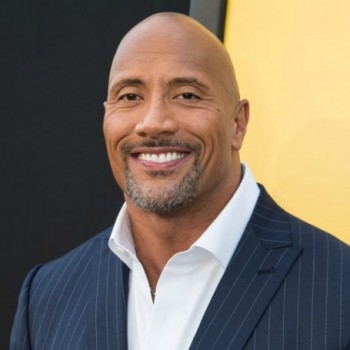 Facts of Dwayne Johnson Net Worth

Know Net Worth of Dwayne Johnson as of 2017?

His family had already acquired a lot's of fame in World Wrestling, following his grandfather & father footsteps who were already an expert wrestler. He had his number of uncles & cousins, who would keep him challenging inside a square ring for wrestling from his childhood. Some of his relative's like, Afa & Sika Anoa (The Wild Samoans) were his uncles & his cousin's brothers, Solofa (Rikishi), Eddie (Umaga), Rodney (Yokozuna) & Matt ( Rosey) were all professional wrestler. Dwayne played college football for the University of Miami’s National Championship Team, later played for Calgary Stampeders in the Canadian Football League but got early dropped down into his first football season. Dwayne decided to follow his family legacy, turning himself into a heroic character, he first made in WWF debuted as Rocky Maivia, combining the name of his father & grandfather. In 1997, Dwayne Johnson turned to villain character in the ring, Changing the name to “The Rock”, audience readily accepted his charismatic character. From 1996-2004 in World Wrestling Entertainment, Dwayne Johnson made his notorious fame as the wrestler. He became the WWE championship after 17 years, the most awaited event in Wrestle Mania XXVIII. Throughout his life, he has won 17 championships including 10 worlds heavyweight Championship, 2 WWF Intercontinental Championships & 5 WWF Tag Team Championships. The Rock won the Royal Rumble in 2000.

The Rock started his acting career in 2001 & later decided to continue his career in the film industry after getting retired from the ring. Dwayne Johnson as an Author, published his book titled as The Rock Says in 2000, the book remained number one for several weeks in the charts of The "New York Times Best Seller", this book was all about his autobiography. His first leading role films showed up in 2002, The Scorpion King, he continued his acting career with comedy, dramatic & action-thriller roles in films such as Walking Tall, Gridiron Gang, Get Smart, Race to Witch Mountain, Be Cool, The Game Plan, Planet 51, Why Did I Get Married Too?, Tooth Fairy & The Other Guy's. By September 2000, The Rock was named the richest wrestler in world by Celebrity Net Worth. Recently he has been entertaining audience through his appearances in the Fast & Furious, San Andreas, Central Intelligence & the HBO series Ballers.

Dwayne Douglas Johnson founded his Dwayne Johnson Rock Foundation in 2006, the foundation is currently working for the incurable diseases in children's, mostly cancer & heart diseases. On October 2, 2007, Johnson & his ex-wife donated $1 Million for the renovation of football facilities to the University of Miami, it was the largest donation ever received by former students.

Dwayne Johnson married to Dany Garcia on May 3, 1997, with whom he has 16 year's old daughter, Simone Alexandra. On June 1st, 2007, They divorced & remained friends. Later he dated Lauren Hashian daughter of Boston Drummer Sib Hashian, their first child, Jasmine was born in 2015.

Dwayne Douglas Johnson was born, in Hayward, California, United States, on May 2, 1972. His father, Rock Johnson was professional wrestler & his mother Ata Johnson was of Samoan Descent while his father was a Canadian, a Black Nova Scotian. Dwayne Johnson father was the first black tag team to win the World Tag Team Championship in World Wrestling Federation(WWF). Johnson lived with his maternal family in Auckland, New Zealand, attended Richmond Road Primary School, and returned to the USA with his parent's. He got his early education from President William McKinley High School, where he cleared his 10th grade in Honolulu, Hawaii, United States. His father's job required to relocate him Bethlehem, Pennsylvania, where began playing football at Freedom High School in the East Penn Conference, remained the member as wrestling team's in his high school. Johnson graduated from Miami in 1995 with the Bachelor's of General Studies in criminology & physiology.