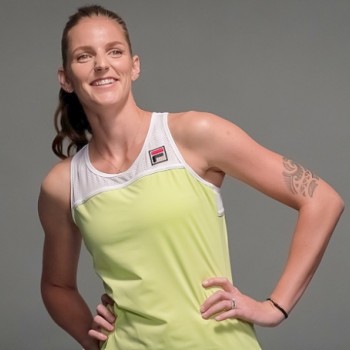 Karolina Pliskova is a very successful Czech professional tennis player and one-time world no. 1 ranked player. After starting her professional career in 2009, she received a cash prize of over 24 million USD till now. As of 2022, she has an estimated net worth of around $15 million. She was the 8th highest-paid female athlete in the world, earning $6.3 million. Her performance in the game is the primary source of her income.  And will definitely help her in the future to improve her net worth exponentially.

Fila has been endorsing her for clothing and footwear since 2016. She uses Babolat racquets, especially endorsing the pure drive range of racquets. In February 2022 she signed a partnership contract with Premiot Investment Group. Premiot Group will be her official partner for the whole year 2022. Her other sponsors are O2 TV, MY JSME Sports, Motortechna, Hublot, and the Ministry of Tourism of the Czech Government.

The early life of Karolina

Karolina Pliskova was born on 21 march 1992 in Louny, a town in the Ústi and Labem Region of the Czech Republic. She was born to Radek Plisek and Martina Pliskova as a younger sister of her two-minute older twin sister Kristyna Pliskova. Her dad used to play ice hockey while her sister is also a famous tennis player.

Both Pliskova sisters were fond of watching tennis and started playing tennis from an early age. she stated in one interview that both sisters started playing tennis at around four. Both sisters were good at tennis from an early age and so they were in the category with senior girls' teams in school. She started playing tennis professionally from the year 2009. In 2010, she defeated Laura Robson in the Australian open girls' final and won that title. She made her first grand slam debut in the year 2012 French Open. She defeated Dia Evtimova, Tamaryn Hendler, and Laura Robson to qualify but lost in the first round to Marion Bartoli in straight sets. 2013 was the year that brings the first WTA title to her career. she won that WTA title in the women's double along with her twin sister Kristyna Pliskova. 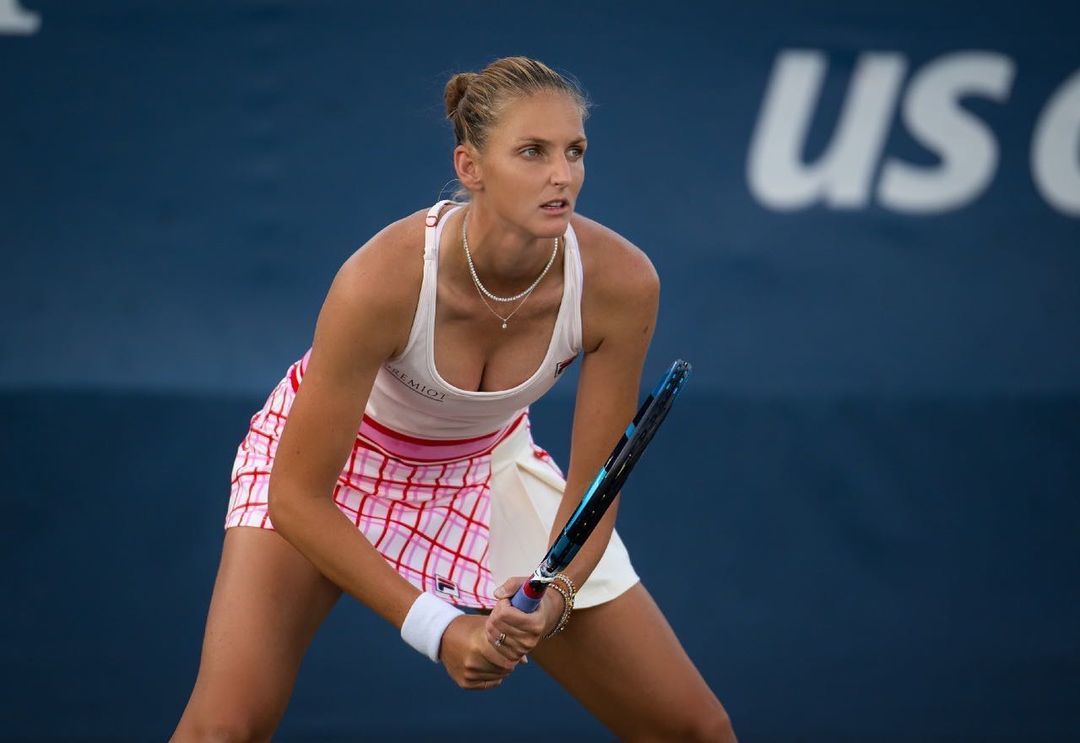 The year 2014 was the breakthrough year for her career. She leaped from world no. 67 to 24 in that year. She got two single titles one in Seoul defeating Varvara Lepchenko and another one in Linz defeating Camila Giorgi. She reached five finals in that year along which she won these two titles. She became a member of the Czech Republic Fed Cup team in 2015, played the 2015 Fed Cup World Group, and won both of her rubbers against Francoise Abanda and Gabriala Dabrowski to help the Czechs to a 4-0 win in Quebec. In that year she reached six finals and won one title in Prague. She began her season at the 2016 Hopman Cup, where she partnered with Jiri Vesely to represent the Czech Republic. In Sydney, She reached the quarterfinals by defeating Ana Ivanovic and Anastasia Pavlyuchenkova, both in straight sets, but lost to world No. 2, Simona Halep, in straight sets. The year 2016 added to her career, two single titles Nottingham Open and one double title Bermingham Classic with Barbora Strycova. She also reached the final of the US Open that year. She achieved the greatest achievement of her career in July 2017, reaching the no.1 rank in the world. She was the first female player from the Czech to achieve the feat. She won three singles titles in Brisbane, Doha, and Eastbourne in that calendar year. In Brisbane, at the Australian Open, she reached the quarterfinals for the second time, having defeated Veronica Cepede Royg, Beatriz Haddad Maia, Lucie Safarova, and Barbora Strycova. In 2018 she won the Pan Pacific Open title defeating Naomi Osaka in the final. She won four singles titles in( Brisbane, Rome, Eastbourne, and Zhengzhou) in the year 2019. She reached the final of the 2019 US Open where she was defeated by Australian tennis star Ashleigh Barty. She won one singles title (Brisbane) and reached the final(Rome) that year. 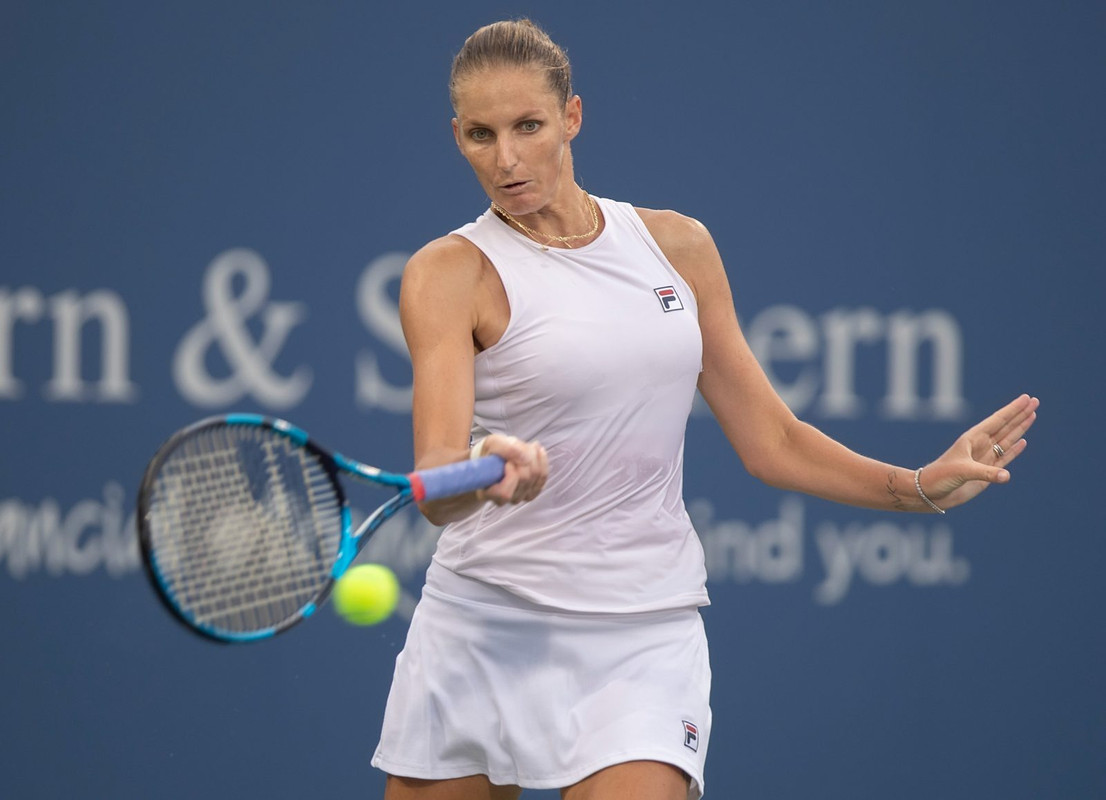 However, the WTA tour was suspended that year due to the Covid-19 pandemic, so fewer games were played. She ended that year ranked no.6 in the world. She made her Olympics debut at the Summer Olympics 2020 held in Tokyo, Japan. She reached round 16(R16) where she lost to Camila Giorgi. She reached three finals(Rome, Wimbledon, and Montreal), but didn't win any singles title. She has founded her endowment fund in June 2017, from which she regularly contributes a considerable sum of money for good causes. On 11th June 2017, she donated 200000 czk to Dr. Jan Stary, the head of the oncology center in Motol. She donated that money to a charity event for a good cause. In the future, through her endowment fund, she would like to contribute to the diagnosis and treatment of brain tumors in children and purchase chemicals and consumable supplies for the medical department of Charles university and Motol university.

She married her boyfriend Michal Hrdlickova in 2018. They are currently living in Monte Carlo. As she took his surname, her present official name is Karolina Hrdlickova. 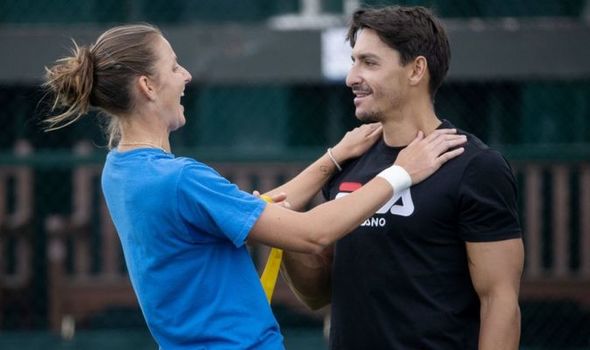 Karolina is frequently active on social media. She has an official website for providing information about her and also activities (www.karolina-pliskova.com). She has 248K followers on Facebook, 446K followers on Instagram, and 236.5K followers on Twitter. From these pages, she stays connected with her fans and loved ones. And also posts about herself, games, and events.