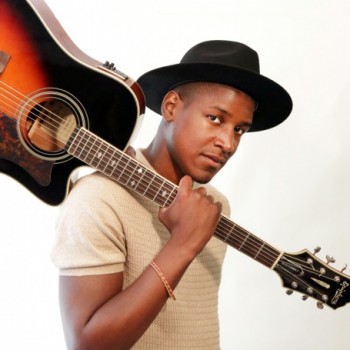 A British singer-songwriter, Labrinth holds the net worth estimated to be around $2 million. He is also a record producer and rapper.

Initially, Labrinth started as a record producer but signing a recording deal with Syco Music turned him into a successful singer. He has collected the fortune of $2 million from music.

To start a professional career, Labrinth came out as a record producer and produced the track, Dead End for Master Shortie in 2009. A year later, he mentored the Urban Development Vocal Collective.

Then, he produced and co-wrote for rapper Tinie Tempah's single, Pass Out in 2010. He continued his production and writing to artists like Professor Green, Ola Svensson, and Loick Essien.

Then, Labrinth came out his second single, Earthquake in 2011 which featured Tinie Tempah. His other singles include Last Time, Express Yourself, Beneath Your Beautiful, Let It Be, Same Team ft. Stefflon Don, and others.

He also released EP titled, Atomic in 2013. Only a year back in 2012, Labrinth came out with his debut album, Electronic Earth which peaked at number 2 on UK Chart.

He has also worked as a featured artist on several songs including Sigma's Higher, Noah Cyrus' Make Me(Cry), Mike Posner's Silence, Sia's To Be human, The Weeknd's Losers, Nicki Minaj's Majesty ft. Eminem, and many others.

Talking about his recent work, Labrinth formed a supergroup, LSD along with Sia and Diplo. The group has released three singles so far namely Genius, Audio, and Thunderclouds.

When and where was Labrinth born? Know about his education also:

Labrinth was originally born as Timothy Lee McKenzie on January 4, 1989, in Hackney, London, England. He has eight siblings altogether.

To educate, Timothy went to Stoke Newington School and started having an interest in music since then. He was later introduced by his brother Mac aka mac1 at the age of 15.

Is Labrinth single? What's his relationship status? Let's know about it here:

Labrinth is not single.

He is dating his long-time girlfriend, Muz. And Labrinth proposed Muz live on stage at V Festival on Saturday 2015.

Labrinth is being loved by audiences all over. His Twitter account holds a total of 976K followers and 23.4K tweets till the date.

Likewise, on Instagram, Labrinth has collected around 285K followers and he has posted only 84 times over there so far.