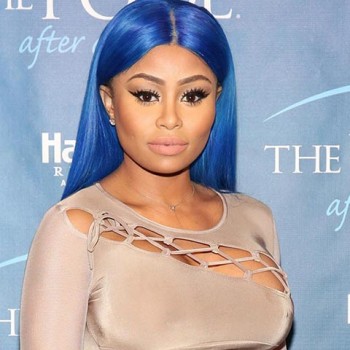 Facts of Blac Chyna’s net worth

Angela Renee White (Blac Chyna) is an American model and entrepreneur with an estimated net worth of around $2 million. Chyna primary source of wealth has been her career while she also owns a lifestyle brand called 'Lashed.' The brand has also assisted her to generate a good net worth.

Blac was crowned as the Model of the Year at the Urban Model Awards in November 2011. She also enjoyed a small role in the skater movie DGK in 2012. Starting her career as a stripper in the year 2010, Angela made prominent rise after starting urban modeling. She later posed for Dimepiece Magazine in 2010. In the same year, she also starred in Stuntin Magazine and Balck Men’s Magazine. Also in 2010, Angele captured limelight when the famous rapper Drake included her name 'Blac Chyna' in his hit single 'Miss Me.' Moreover, the video vixen appeared as Nicki Minaj's stunt double in the music video for Kanye West’s “Monster” featuring Jay-Z, and Rick Ross. And in 2011, she appeared as the main female rapper for Tyga's single ' Rack City.' In 2012, she modeled for the cover of numerous popular magazines such as Black Men's Magazine, Urban Ink Magazine, XXL Magazine, and Smooth Girl Magazine. After that, she was seen in a music video for Nicki Minaj single ' Come on a Cone'. Soon afterward, she was name-dropped again, but this time by rapper Nicki Minaj in 2 Chainz's 'I Love Dem Strippers.' No wonder, she enjoys one of the highest salary scales in the industry for a video model.

Finally, in 2013, Chyna decided to spread her wings improving her creativity. In the year 2013, she got enrolled in JLS Professional Make-Up Artist School. After graduating, she successfully launched her first online venture “88fin”, an online Boutique and clothing line by the same brand. Growing bigger and bigger, she also started her own adhesive eyelashes brand named “LASHED” by Blac Chyna at the same month. Similarly, in February 2014, she purchased a beauty bar in Encino, Los Angeles. The beauty bar also provides makeup courses. Likewise, later in 2014, she launched her lashed bar in California. The Lashed Bar mainly offers eyelashes, eyelash extensions, lash strips, makeup and more.

Angela changed her name to Blac Chyna from Cream after meeting a client at a strip bar. The client referred himself 'Black China' since he was a black man with Chinese looking eyes. His enthusiasm amused Angela so much that she decided to change her name. She started dating relationship with rapper Tyga in 2011 and got engaged in 2012, remain together until they broke up on 2014. They have one son named Kina Cairo, who was born in 2012. Also in 2012, Tyga purchased a luxurious 6.5 million mansion for his new family. However, in 2014, the duo decide to walk away from each other. In 2016, Blac arose to fame when she started dating Robert Kardashian. Rob had proposed the sensational diva with a ring worth $325,000. They welcomed their first daughter, Dream Renée Kardashian, on November 10. 2016.