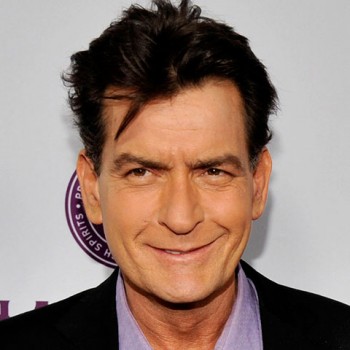 Charlie Sheen (Carlos Irwin Estevez), born on 1956, is a celebrated American actor, and an infamous personality. Sheen enjoys an estimated net worth of over $150 million. Apart from his principal career that is acting,  he is also a producer, screenwriter, voice Actor, television producer, and television director. Charlie has worked in over 70 movies so far.

Born and raised in New York, Sheen is the youngest son of actor Martin Sheen, a devout Catholic, and artist Janet Templeton, a Strict Southern Baptist. He enjoys Spanish and Irish descent from his parents.  Charlie grew up with two older brothers and younger sister. Charlie, later graduated from the Santa Monica High School, along with Robert Downey, Jr. Sheen was a lead pitcher and shortstop for the high school's baseball team.

Charlie Sheen started his acting career officially at the age of 9 from his father movie “The Executive of Private Sloyik” (1974). In 1984, he got a big debut in the hit Cold War teen drama, Red Dawn, followed by a role in the hit teen comedy, Ferris Bueller’s Day Off. During this period, he also acted in television series such as "War of the Stars" and "Amazing Stories." The success followed him when he got a significant role in the Vietnam war drama, Platoon (1986). The critically acclaimed movie then gained him several movie opportunities such as Wall Street, No Man's Land, Young Guns, Born on the Fourth of July, Money Never Sleeps, Grizzly II: The Predator, Men at Work, Major League, Money Talks, No Code of Conduct, Free Money, Being John Malkovich, Food Fight, Scary Movie series,Due Date, and many more Likewise, he gained immense fame in the small screen when he replaced Michael J. Fox for the sitcom Spin City in 2000. For his excellent acting on Spin City, Charlie also won his first Golden Globe for Best Performance by an Actor in a Television Series-Musical or Comedy category. Similarly, he enjoyed both name and riches for his work in CBS sitcom Two and a Half Men. The role of "Charlie Harper" on the television series "Two and A Half Men" gained him three Emmy Award nominations and two Golden Globe Award nominations followed by an ALMA Award.

Sheen has been married three times and has five children and one grandchild. Sheen first daughter name is Cassandra Jade Estevez, who was born in 1984 from his high school girlfriend, Paula Profit. In 90's, Charlie engaged Kelly Preston. However, the engagement was called off after he accidentally shot her in her arms. In 1995, Charlie tied his first wedding knot with Donna Peele. Charlie and Donna went through a divorce in 1996. In 2002, he married Denise Richards. The duo separated in 2006. Denise and Charlie share two children together, namely, Sam J. Sheen and Lola Rose Sheen. And in 2008, he married Brooke Mueller. Sheen and Brooke have twin sons, Bob and Max. The marriage also ended in a divorce in 2010. In 2015, he publicly confirmed that he was HIV victim. Sheen's adult life had been full of drugs, sex, anger, and lawsuits.