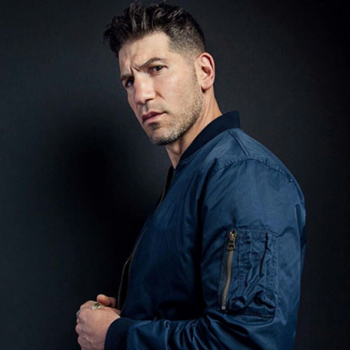 A popular American actor, Jonathan Edward Bernthal has an estimated net worth of $8 million as of 2020. He is popularly known for his role as Shane Walsh on the AMC horror series "The Walking Dead".

Jon Bernthal has made an impressive amount from his acting career. It is reported that he made a total annual revenue of $564 Thousand in the year 2015, 2016 as well as in the year 2017. He has mainly gained recognition from the series “The Punisher” and “The Walking Dead.” A detailed description of his earnings from movies and series are listed in the table below-

Assets and Property of Jon Bernthal

Jon is a wealthy person. He currently lives in Los Angeles, California, United States. But the details of the house where he currently lives have not been revealed yet. In the year 2010, he along with his wife Erin Angle bought a house in Venice for a total amount of $1.012 million. The house covers a total area of 1874 square feet. It contained four bedrooms and three bathrooms. In the year 2015, they sold the house for $1.95 million. His other houses, cars, and properties have not been revealed yet.

The Career of Jon Bernthal

Jon Bernthal had learned acting in Russia. He has done several guest appearances during his early career. Some of them include, “Law & Order: Criminal Intent,” “Without a Trace,” “CSI: Miami,” and many more.

Awards and Achievements of Jon Bernthal

1. He has been nominated for the Scream Award for Breakout Performance Male for his role in the show "The Walking Dead".

2. He was nominated for two awards for “The Wolf of Wall Street” movie.

3. In the year 2018, he was nominated for the Saturn Award for Best Actor on Television for his role and performance in the “The Punisher” series.

Jon Bernthal was born on September 20, 1976, in Washington, D.C., United States. He is the son of Eric L. Bernthal and Joan L. Bernthal. He also has two brothers, Thomas Bernthal and Nicholas Matthew Bernthal. He got married to Erin Angle in the year 2010. Erin's uncle "Kurt Angle" is a professional wrestler and actor.

Jon and Erin have been blessed with three children, Adeline Bernthal, Billy Bernthal, and Henry Bernthal. The couple is living a happy married life.