Manager of Premier League Club Manchester United and a former football player Jose Mourinho has the net worth estimated to be $37 million.His main source of income is Football. 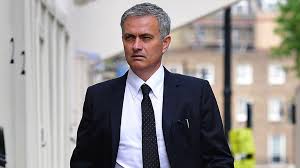 Mourinho had dreams to be like his father so he joined the Belenenses youth team.Later at senior level, he played at Rio Ave where his father was a coach, Belenenses, and Sesimbra.He has the dream of becoming a football coach from his childhood.

Mourinho's mother wanted him to be in a business school but he got dropped out on his first day and joined to study sports science in Instituto Superior de Educacao Fisica(ISEF) and from his early days, he was taking coaching theory classes with motivational and psychological techniques.

Before he was known as a player and manager, Mourinho worked as a school coach but left to pursue his dreams in the sport.Then he became youth team coach at Vitoria de Setubal in the early 1990s.Later he joined Estrela de Amadora to become assistant manager of the club.Then in 1992, he joined Lisbon club Sporting CP as the interpreter for top foreign coach Bobby Robson where he learned about tactics and coaching.Later in 1993, Robson was sacked by Sporting CP and FC Porto appointed him as head coach and Mourinho also moved with him to coach and interpret to the club.

In 1996, Robson and Mourinho moved to Barcelona where he did same work as in his last 3-4 years.Later Mourinho worked with Louis van Gaal and they won La Liga with Barcelona twice in Van Gaal's first two years as a coach.Then, Van Gaal appointed Mourinho as the coach of Barcelona B as well as the assistant of himself with the first team where which Mourinho won Copa Catalunya in 2000.

In 2000, Mourinho became the manager of Benfica FC where he managed the team for only one season then he moved to Uniao de Leiria.Mourinho's success was no recognized at Leiria so he moved to Porto FC in 2002.With Porto, he achieved some honors and rewards but then he moved to Chelsea FC in 2004.He remained the coach of Chelsea for three seasons.In 2008, he joined Internazionale for two seasons and then moved to Real Madrid where he worked three seasons.Then again in 2013, he re-joined Chelsea for two seasons only.After then he joined Manchester United in 2016 and recently he is working with Manchester United.

Mourinho has managed different clubs for 17 years and he has won domestic leagues eight times, UEFA Champions league twice and UEFA Cup/Europa League twice with the clubs he has led.

Mourinho has been one of the successful managers where he has made some great records so he is also known as "The Special One".

Mourinho is one of the top 10 greatest and successful coaches of the UEFA era.

Mourinho was selected as the New Statesman Man of the year in 2005 and also described as a devoted man to family and work.

Besides his coaching, Mourinho has also been actively participating in social initiatives and charity works.

In 2007 while attending an event, Mourinho was arrested for preventing animal welfare officials.

In 2009, Mourinho got doctorate degree for his accomplishment in football from Technical University of Lisbon.

In 2010, Mourinho was ranked ninth Most Influential Men and in 2011, he was named Rockstar of the Year by a Spanish magazine, Rolling stone.

The Special One is moody personality but enjoys football.Mourinho