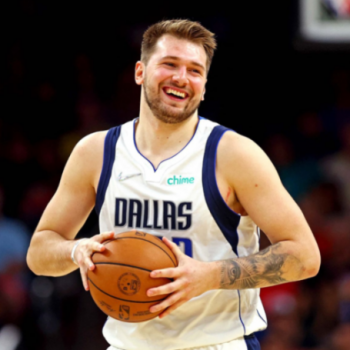 Luka Doncic is a Slovenian professional basketball player for the Dallas Mavericks of the National Basketball Association (NBA). He is a 6'7" guard and small forward. He played for Union Olimpija as a youth and is the son of former basketball player Sasa Doncic. Luka has a net worth of $25 million. 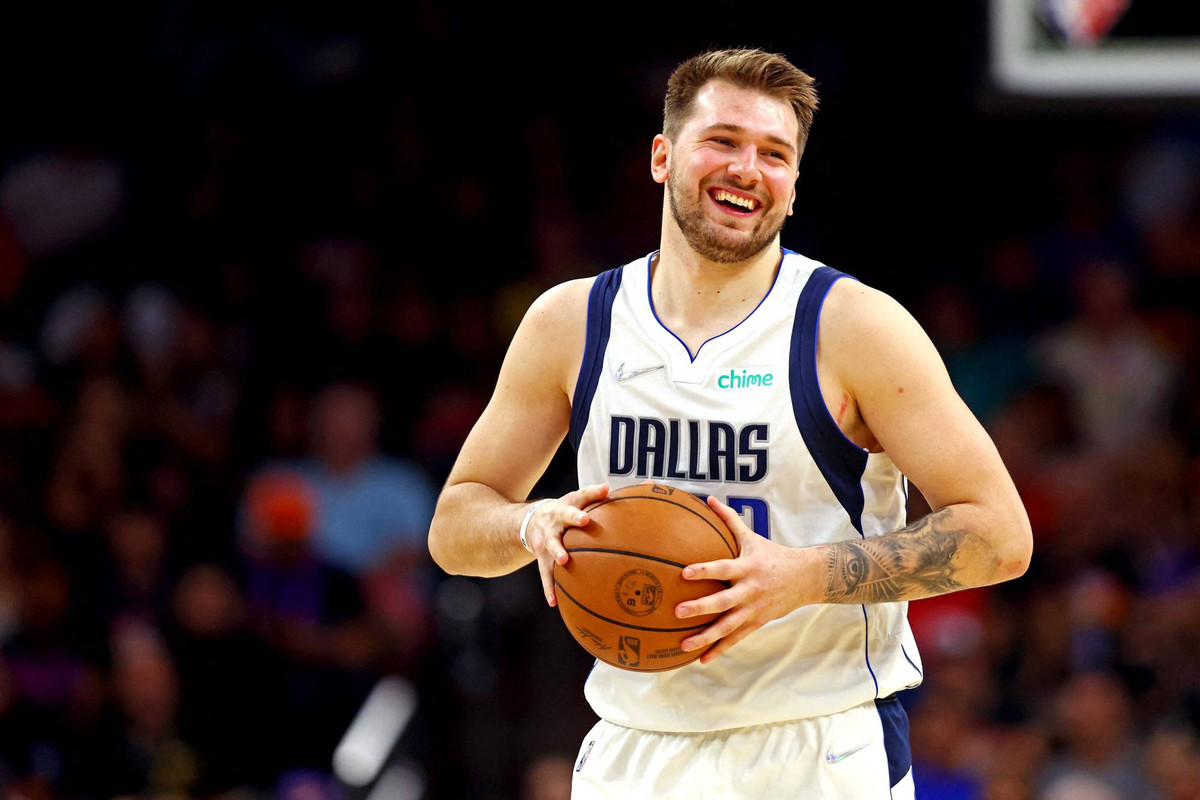 The Slovenian professional basketball player for the Dallas Mavericks of the National Basketball Association (NBA). He also represents the Slovenian national team. He is a talented and skilled basketball player with a net worth of $25 million. But his net worth is expected to rise remarkably. Luka signed a five-year, $207 million super-max rookie contract extension with the Dallas Mavericks on August 9, 2021. While Luka only earns only $10 million, this amount is likely to triple in the 2022-23 season up to $30 million. In December 2019, Luka Doncic signed a multi-year shoe deal with Air Jordan. Luka became one of the youngest players in league history to grace the cover of NBA 2K. He also has deals with Panini, BioSteel, and WME Sports. 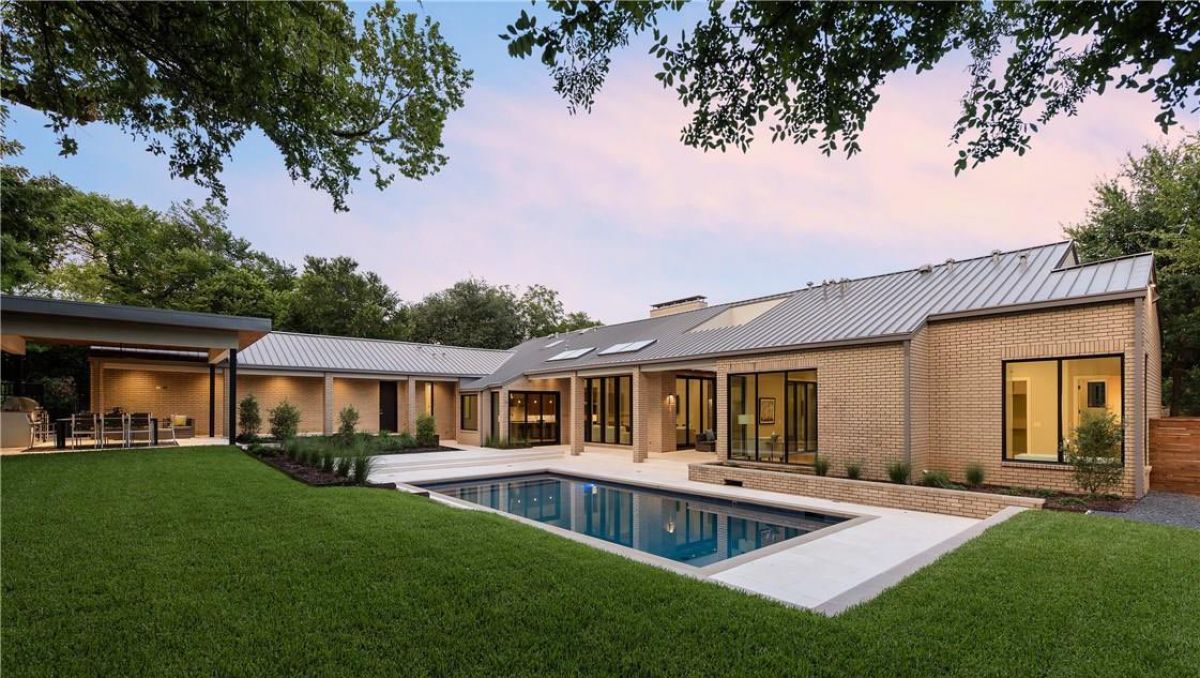 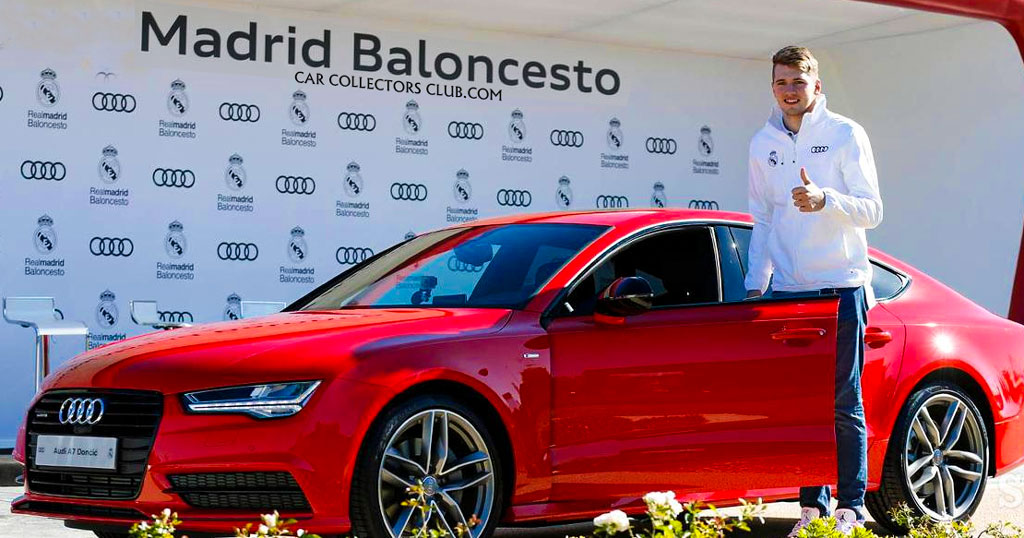 Luka was born in Ljubljana to Sasa Doncic, a basketball coach and former player, and Mirjam Poterbin, an owner of beauty salons. His father is Slovenian of Serbian descent from Kosovo and his mother is Slovenian. In 2008 his parents filed for divorce. 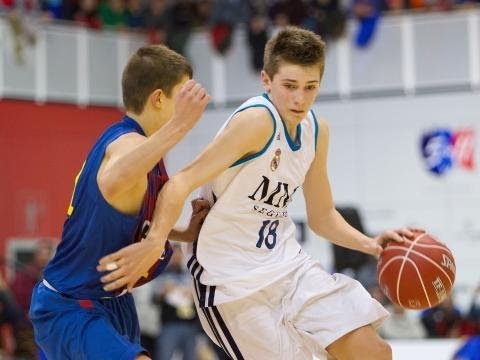 It was amazing that Luka touched basketball when he was seven months old baby. And by the age of one, he use to play with a miniature hoop in his room. At age seven, he began playing organized basketball at a primary school in Ljubljana, but his opponent was way older than him. Since his opponent was older and faster than him he had to beat them with his brain says the Luka. He admired Greek basketball player Vassilis Spanoulis from his early teenage years. Luka also grew up admiring American basketball player LeBron James.

From a young age, Luka started playing basketball, when he was eight, he played for the club's under-12 selection team but his opponents were three-four years older than him. In September 2012, at 13 years of age, Luka signed a five-year contract with Real Madrid, and right away he was kept on the under-16 team with Coach Paco Redondo. In February 2013, Luka led Real Madrid to a Minicopa Endesa win, averaging 24.5 points, 13 rebounds, 4 assists, and 6 steals per game.

On April 30, 2015, Luka made his professional debut for Real Madrid in the Liga ACB against Unicaja. He played five games in the 2014–15 ACB season, averaging 1.6 points and 1.2 rebounds in 4.8 minutes per game. In the 2015-16 season, Luka became the regular team member of Madrid's senior team. He played against the Boston Celtics in an NBA preseason game on October 8, 2015, collecting 4 rebounds, 1 assist, and 1 block. Luka made his 2016–17 season debut on September 30, 2016, against Unicaja, recording 6 points and 4 assists in 19 minutes. He collected 3 points, 5 rebounds, and 4 assists in an NBA preseason win on October 3, 2016, over the Oklahoma City Thunder. Luka assumed a more significant role for Real Madrid entering the 2017–18 season after the team's star player Sergio Llull suffered a torn ACL during EuroBasket 2017. He recorded 8 points, 6 rebounds, and 4 assists in a 94–88 victory over MoraBanc Andorra. Luka was named EuroLeague MVP of the Round after erupting for 27 points, 8 rebounds, 5 assists, and 3 steals. And also named MVP of the Round again two days later, eclipsing his career-best with 28 points in an 87–66 win over Zalgiris Kaunas. Luka also grabbed 9 rebounds and had 4 assists in the game. In November 2019, Luka was nominated to the EuroLeague 2010–20 All-Decade Team. 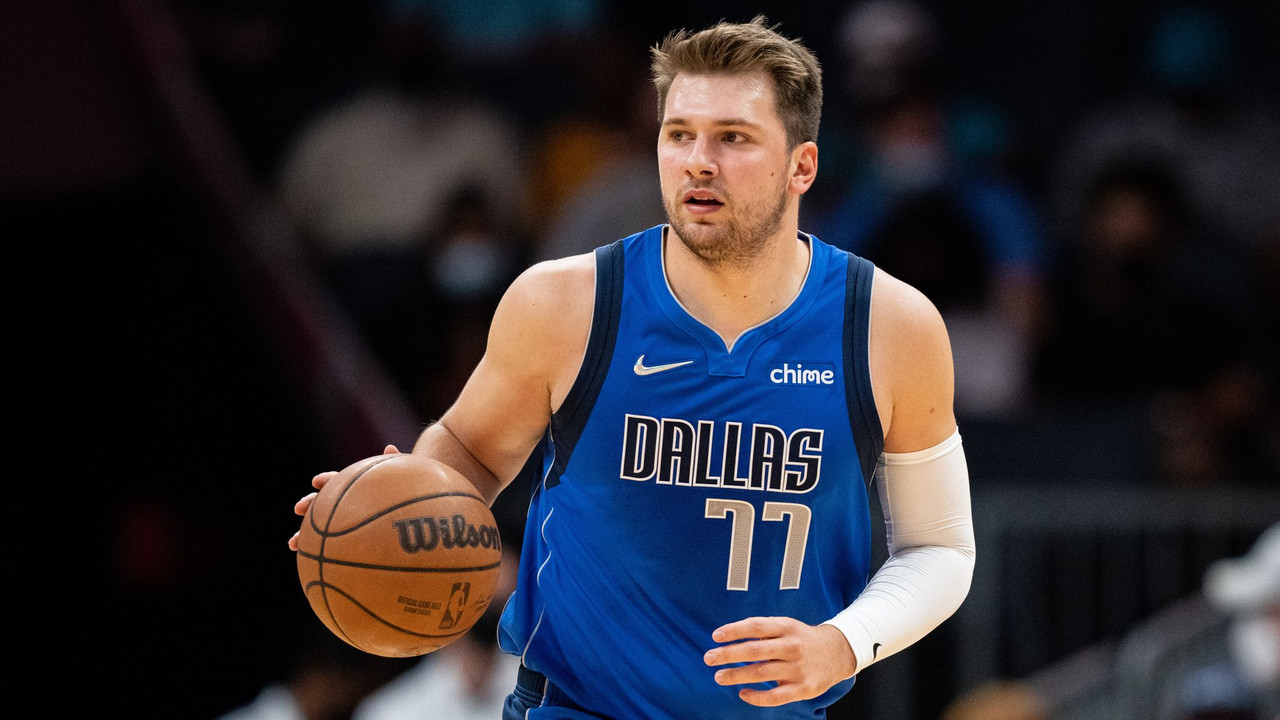 On June 21, 2018, Luka was selected with the third overall pick by the Atlanta Hawks in the 2018 NBA draft. He was then traded to the Dallas Mavericks in exchange for the draft rights to Trae Young and a protected future first-round pick in 2019. He signed his rookie contract with the Mavericks on July 9, 2018. Before the 2018–19 season, ESPN considered him the favorite to win the NBA Rookie of the Year Award. Luka made his regular-season debut on October 17, 2018, recording 10 points, 8 rebounds, and 4 assists, in a 121–100 loss to the Phoenix Suns. On October 20, Luka recorded 26 points and 6 rebounds in a 140–136 win over the Minnesota Timberwolves. Luka was named NBA Rookie of the Month in the Western Conference for November 2018. On December 8, Luka scored 21 points in a 107–104 win over the Houston Rockets. Luka wasn't selected for the Western Conference All-Stars in the 2019 NBA All-Star Game. Luka made his first triple-double of the season on October 25, 2019, posting 25 points, 10 rebounds, and 10 assists to help the Mavericks defeat the New Orleans Pelicans, 123–116. He made NBA history in a 142–94 win over the Golden State Warriors on November 20 when he posted 35 points, 10 rebounds, and 11 assists. Luka became the youngest player to have 35-point triple-doubles in succession, breaking Oscar Robertson's record, and only the fourth player to record it since the 1983–84 season, joining Michael Jordan, James Harden, and Russell Westbrook. In December, he was also named Sports Illustrated 2019 Breakout of the Year. Luka surpassed Michael Jordan's previously held record with 18 straight games in 1989  for the most consecutive games with at least 20 points, 5 rebounds, and 5 assists. 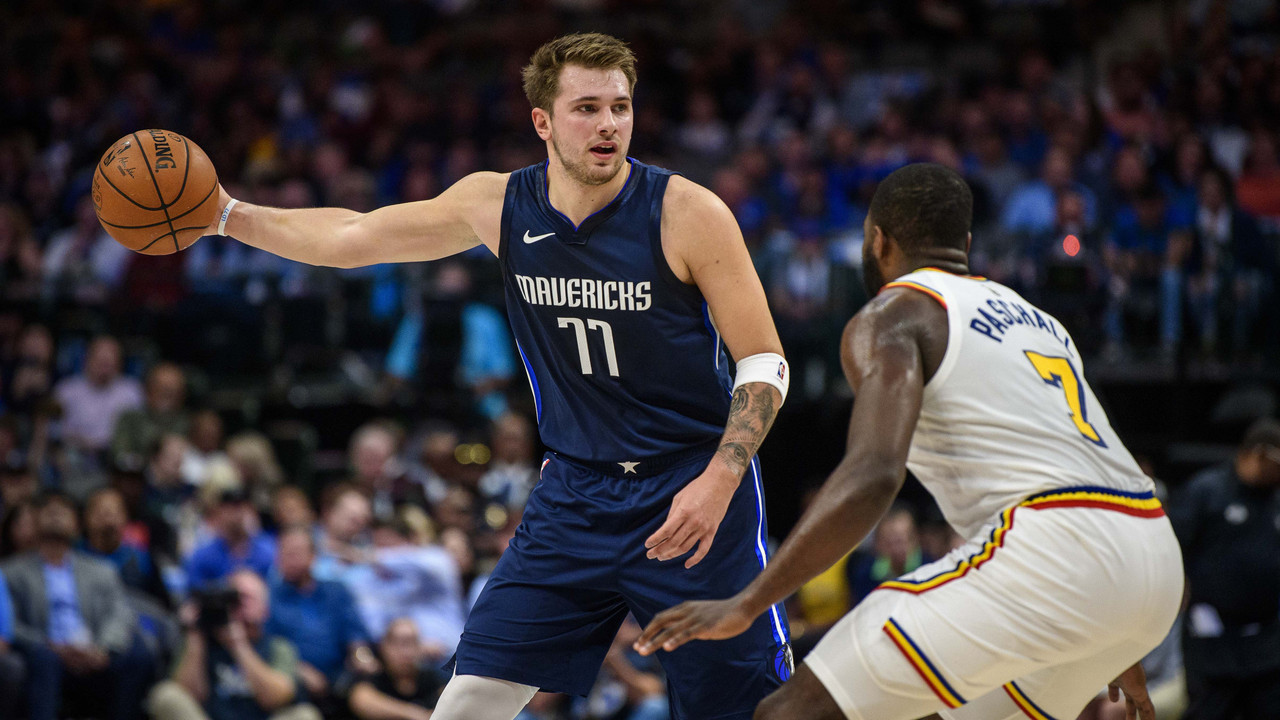 During the 2019–20 season, Luka was selected to his first NBA All-Star Game as a Western Conference starter.  He registered 30 points, 17 rebounds, and 10 assists in a 127–123 overtime victory over the New Orleans Pelicans. Luka had Career-high 19 assists which LeBron James also had for an NBA season-high, 36 points, 14 rebounds, and 2 turnovers in a 136–132 win against the Milwaukee Bucks. On February 6, 2021, Luka reached his then career-high 42 points with  11 assists and 7 rebounds in a 134–132 win over the Golden State Warriors. On February 12, Luka made 46 points, in a 143–130 win over the New Orleans Pelicans. On February 12, he recorded 31 points, in a 125–124 win over the Washington Wizards. And with his performance, he became the fourth player in NBA history to record a 30-point triple-double with at least 20 assists, joining Oscar Robertson, Magic Johnson, and Russell Westbrook.

On August 10, 2021, he signed the largest in NBA history contract  $207 million rookie extension. On January 15, 2022, Luka made 27 points 12 rebounds, and 10 assists in his 40th career triple-double. Then season-high 41 points, grabbed 14 rebounds and delivered seven assists in a 102–98 win over the Toronto Raptors. On February 3, he was named as a reserve for the 2022 NBA All-Star Game. Luke scored 34 points and grabbed 11 rebounds, leading the Mavericks back from 21 down in the third quarter against the Golden State Warriors in a 107–101 win. He missed the first 3 games of the playoffs because of an injury in the final regular season game.

Because of the knee injury, he could not play in the Division B tournament of the 2014 FIBA Europe Under-16 Championship. On September 22, 2016, Luka announced that he would represent the senior men's Slovenian national team for the rest of his career. Luka was a Slovenian squad member for EuroBasket 2017, where his country won its first gold medal after going undefeated (9–0) in the tournament. In Slovenia's 103–97 win over Latvia in the quarter-finals, he scored 27 points and get 9 rebounds. During the 2020 FIBA Men's Olympic Qualifying Tournament in Kaunas, Lithuania, Luka led Slovenia to their first-ever Olympic berth. In his Olympics on July 26, 2021, Luka scored 48 points in a 118–100 victory over Argentina. 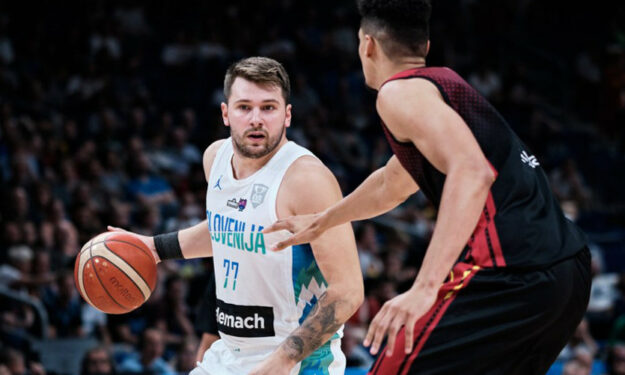 Luka has a girlfriend, Anamaria Goltes, who is a popular model, influencer, fitness and lifestyle instructor, and social media personality from Slovenia. She and Luka were childhood lovers since the age of 12. They first started dating in 2016 and had a break in 2018 but they quickly got back together. 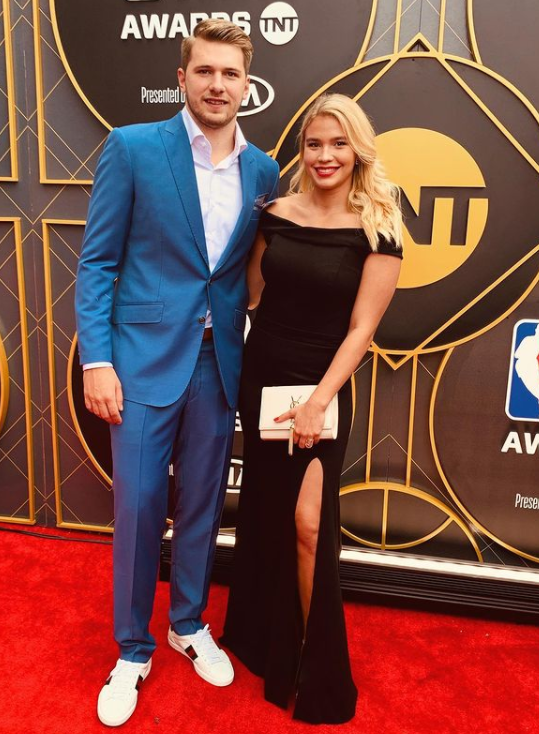 He posts and shares special moments and events and also regular activities, and works on his social media so that his fans could love him and support him.