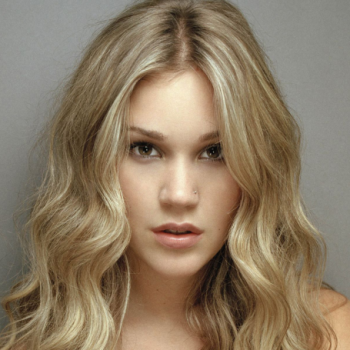 An English singer and songwriter, known by her stage name, Joss Stone has a net worth estimated to be around $15 million. To mention, Joss is an actress also.

What are Joss Stone's sources of income? What are her earnings? Know about her net worth here:

Around 18 years in the industry and Joss Stone has collected a fortune of $15 million. Without a doubt, her main source of income is music.

She is also an actress and her acting capabilities have helped to raise her net worth to $15 million. Here are the figures that Joss pursed from her album:

How did Joss Stone start her professional career? Know about it here:

Participating in a talent show, Star for a Night at the age of thirteen in 2001, Stone won the contest. Then she performed on various charity shows which gained her popularity over the public.

However, her professional career started when she was only 15. Stone released her debut album, The Soul Sessions in 2003. The album consisted of singles like Fell in Love with a Boy and Super Duper Love.

Her second album, Mind Body & Soul was released in 2004. The same year, she also released her debut EP titled Sessions@AOL. A year later, she released a single, Cry Baby/Piece of My Heart with Melissa Etheridge.

As a lead artist, Joss has released several popular singles including You Had Me, Baby Baby Baby, L-O-V-E, Free Me, Pillow Talk, No Man's Land ft. Jeff Beck, Oceans, and many more.

She has also appeared as a featured artist on songs such as Annie Lennox's Sing, Ricky Martin's The Best Thing About Me Is You, Mike Andersen's This Time, James Morrison's My Love Goes On, and some more.

Joss Stone as an actress:

She made her film debut with the film, Eragon in 2006. She had recurring roles in The Tudors in 2009. She appeared in the film, Tomorrow in 2016 and also appeared as a guest in an episode of Empire in 2018.

When and where was Joss Stone born? Know about her childhood here:

She was born with an original name of Joscelyn Eve Stoker on April 11, 1987, in Dover, Kent, England, to the parents, Wendy Skillin and Richard Stoker. She has three siblings also.

Joscelyn had dyslexia so she left school at the age of sixteen. However, her interest in music grew when she was a child and she was inspired by her family and friends to pursue a career in music.

Is Joss Stone single? Know about her relationship status here:

It seems that Stone is currently single. But she might be in the mood of not revealing anything to the public.

However, back in 2004, Stone dated Beau Dozier. But they ended their relationship a year later only.

She also spent a romantic time with a music promoter, SiChai. The couple dated almost for three years and broke up in 2016.

Has Stone maintained her popularity over social media also? Let's check her accounts:

Her Twitter account shows a total of 157K followers and she has tweeted 2,465 times till the date.

Similarly, on Instagram, she has gathered around 249K followers and she has posted 894 times over there so far.

She also owns a YouTube Channel with around 259K subscribers and 95 million video views.